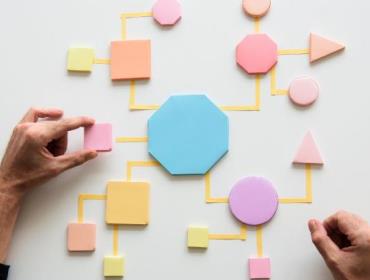 Have you put off acting on a “people issue”? If you’ve hesitated to take action with an employee that seems to be in the wrong seat, you’re in good company. But what are the costs associated with failure to tackle your people problems head-on? We’ll explore that here, and also share some best practices to optimize your team going forward.

People issues are HUGE for companies, and companies running on EOS® are no exception. A few years ago, EOS founder Gino Wickman wrote that a whopping 82% of their graduated clients had engaged because of people issues. Wickman has also written that:

“After over 1,400 full-day sessions with over 125 companies and over 11,000 hours of working with leadership teams, I’m convinced that the number one impact on an organization’s growth, once the vision is clear and the structure is right, comes from getting the right people in the right seats,” (emphasis mine). 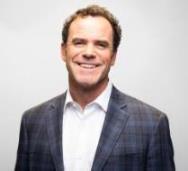 To tackle this topic, we (again) enlisted the help of EOS Implementer and entrepreneur Alex Freytag. Freytag previously shared his insights about how to deal with an underperforming employee here. The following post is taken from an interview with him and represents his expertise. It has been edited for length and clarity.

The danger of waiting to take action

In most cases, business leaders wait too long to correct their people problems. Jim Collins has said that, “The moment you feel the need to tightly manage someone, you’ve made a hiring mistake.” Really what he meant is, when you have to micromanage someone. When you don’t trust their work; when you feel like you have to monitor their performance in a significant way, you know you’ve made a hiring mistake. And that’s important to recognize. It’s not enough to simply acknowledge it, either. Once you’ve identified there is an issue, action should be taken to resolve it.

It’s important to understand the dangers of waiting to take action on people problems. Waiting too long creates a huge opportunity cost.

I’ve seen multiple instances where we’re talking about the same person/issue in consecutive Quarterlies. So 90 days may have gone by, and we’re still gathering all this data. That’s wasted time. Time that is devoted to a people problem instead of productivity and growth. If you have five people on your leadership team, and we talk about it for two hours—more than once—you’re talking about a lot of wasted time and energy. Had you addressed the issue nine months ago, we would now be talking about how great this new rock star is in their seat.

It’s not just wasted time and energy. When a leader finally decides to let that problem person go, if they’ve waited too long, they may have lost credibility with the rest of the staff. In most cases, everybody in the company knows when someone’s not working out. And the team looks to you, as the business leader, to manage the situation. By kicking the can and avoiding it, you begin to lose credibility in the eyes of your team. It’s important to lead. Being a leader means making those tough calls and doing it with grace.

Beyond undermining your leadership ability, waiting to take action on people problems can also damage company culture. It creates a lot of stress. Bad behavior becomes water cooler conversation; it fosters gossip and eye-rolling. The employees start to question whether we are all in or not? Like, why are we tolerating this? The more you prolong it, the more it breeds toxic culture.

Did you know? Removing the low performers from your team (your enemies and rats) allows your top performers (the stars) to fly higher and shine brighter.

Costs of not dealing with people issues head-on (recap): 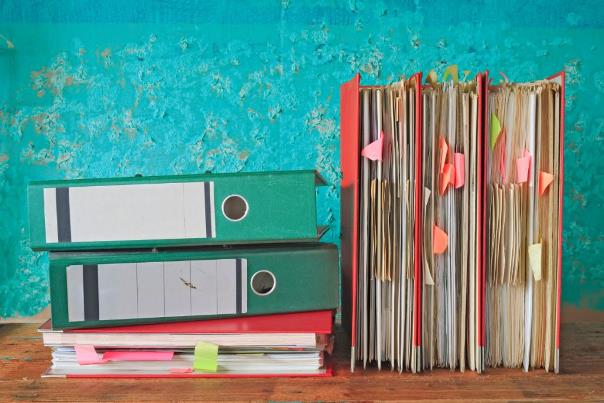 Tip: How do you deal with an under-performing employee? See this post for ideas.

Fill the folder and have tough conversations

One thing I’ve seen a lot of teams missing is that they’re not “filling the folder.” By that, I mean the leaders and managers — the people who are doing the coaching — aren’t documenting the specific examples of where someone is violating a value or underperforming as it relates to a potential GWC™ (“gets it,” “wants it,” and “capacity to do it”) mismatch. We need them to start a document that says, “on [this date], [this thing] happened, and it was in violation of [this value].” If it happens a week or two later, it should be documented again, and a week or two later, same thing. You are documenting a behavioral trend, or gathering data points.

Maybe it’s not a value violation; perhaps someone’s behavior was misaligned, or a lack of GWC was demonstrated. If you see somebody demonstrating incompetence in a role, or if you think their seat may be too big for them, you want to start to document those gaps.

When the manager has that data, they are armed with factual information versus emotional information. They can then have a conversation with the person in question and say, “Here are some things I’m seeing. I really want to see you change that. What it looks like here at our company is [xyz] and what you’re doing is [abc] over here, and we don’t want that.” With documentation, managers can methodically and fairly have an adult conversation about the misaligned behavior that they are seeing and try to nip the issue in the bud.

Did you know? When you have the right person in the wrong seat and you don’t address it, they can turn into the wrong person. Their attitude may shift because they’ve been left to flounder in a mismatched role, and then you end up losing them altogether. Where probably if you’d addressed it sooner, it could have been fixed by a lateral move or additional training.

Create a repeatable process to optimize your team

Ideally, you want to have 100% of the right people in the right seats. To get there, you’ll need to revisit the steps outlined here every 90 days or so, using the People Analyzer™ and Accountability Chart, having these conversations and making decisions accordingly. Using those tools is not meant to be a one-and-done activity. If you say you’re growing 20% a year, you’re probably going to be making changes to your Accountability Chart every 90 days.

TIP: If you are new to EOS, download the EOS Toolbox™ (which includes tools like the People Analyzer, Accountability Chart, and more) from EOS Worldwide here.

Most leaders do not have quarterly conversations with their direct reports. They might be doing annual reviews, but waiting until an annual review to address an issue for direct reports is way too long. With quarterly conversations, it’s a coaching conversation, not a review. It’s a time to address any concerns that the manager may have as they look over the past 90 days together. This is an opportunity to be transparent with the employee about discrepancies based on documented events, talking about what behaviors have changed and what needs to change, and making a plan to facilitate the change. It’s monitoring on a much tighter timeframe.

Did you know? When your attention isn’t spent on poor performers, you can focus more of it on creating opportunities for your superstars to grow, and therefore have a better chance of retaining them.

Why document? Why have regular conversations?

Here’s an example of why it’s so important to document incidents and have conversations about people issues regularly. I was recently in a session where the company leaders hadn’t filled the folder with any documentation, but they were able to talk very clearly about the different examples of a worker’s Core Values violations. Just one after the other, all of these stories were coming up. So I said to them, “you guys have to document these; you have to speak to them individually.” And they were just adamant that “no, no, she just has to go.”

We started digging into one of the particular issues. There had been some dishonesty on some of the forms or reports this employee was filing. It affected the company’s numbers. That changed the whole conversation, because that’s integrity, and ethics, and honesty. They had to terminate her for cause, which had nothing to do with their feelings.

Having an open conversation with the leadership team was really beneficial—and they hadn’t done that. They hadn’t taken the time to talk about this person from all these different angles and to share stories. In that case, the employee needed to go, and they made the decision, and they were able to let her go. She wasn’t surprised, because she knew that she had been dishonest. But how much longer might she have been allowed to hang on had they not come together to talk about it? If the opportunity to fire for cause hadn’t presented itself, how much longer would they have had to employ her while documenting the violations?

When it comes to managing people, hope is not a strategy. Hoping people will change is like Gino Wickman says, “it’s like not watering a plant and hoping it will come back to life.” It’s not going to happen. We have to prune from time to time, water it, maybe replant it. Those kinds of activities are what lead to better people outcomes.

Did you know? Failing to remove your enemies and rats may cause you to lose stars who are forced to work with those low performers without relief. 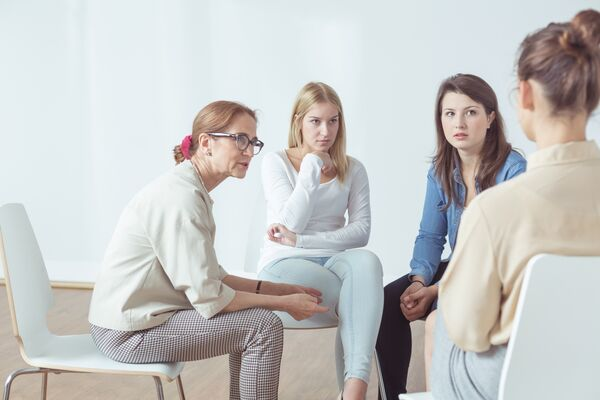 It’s also important to do exit interviews after a separation to identify what went wrong and why. What did we learn from that experience? Take some time to talk about it. Reflect with the leadership team, at the very least, about what worked, what didn’t work, and why that person didn’t work out. Accept blame. Be vulnerable about it. Sometimes you need to admit, “yeah, we messed that one up; we should have seen that; maybe we should change how we ask that in the interview,” those kinds of things. Otherwise, the next person you put in that seat could present the same challenges you just worked so hard to get rid of.

In the early stages of EOS, some business owners may think it’s impossible to get 100% of the right people in the right seats. Let me tell you, I’ve seen it before, and it’s a beautiful thing. When these teams come in for their Quarterly, they are like, “gosh, we have zero people issues this quarter, this is so awesome!” When you reach that goal, you can really get down to work.

How do you get there? This is something that Gino Wickman talks about in his blogs, and it’s that great leadership teams make one good people move per quarter. It’s sort of a rule of thumb. That’s what you want to have in your brain. You’re not hesitating. You’re making decisions; you’re moving forward, making one good people move per quarter. That could be a lateral move. It could be a new hire. It could be a termination. It could be a promotion. Basically giving your people component the attention it deserves; treating it as a dynamic, living entity, like a garden that needs tending to on an ongoing basis. That’s the path to hitting your target of having 100% of the right people in the right seats.