How to Understand and Manage a Multi-Generational Workforce 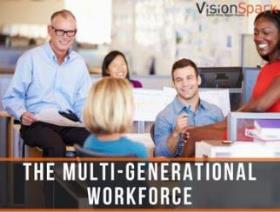 How to Understand and Manage a Multi-Generational Workforce

A multi-generational workforce is reality. Whether it becomes a liability or an asset for your company depends largely on your management capabilities.

Why Your Workers Leave: Odds Are…It’s Their Manager

According to a Gallup survey of one million U.S. workers, the number one reason people quit their job is due to a bad boss or supervisor.  In Marcus Buckingham’s book based on the same Gallup research, First Break All the Rules, he states, “Talented, engaged employees must have great managers; how productive they are and how long they stay is directly determined by their relationship with their manager.” Failure to account for generational differences interferes with the employee-manager relationship, keeping this greatness out of reach and undermining retention.

While Gallup’s research is a decade old, it is more important today than ever before. In the past ten years, Millennials have become the largest generation in the workforce, and Generation Z has begun to arrive. Meanwhile, Baby Boomers are still hanging on, putting off retirement, along with a small number of Traditionalists.  This brings the number of generations in the workplace to five. Rawn Shah recently speculated in Forbes that with work-life expectancy growing, in the coming decades we might see as many as seven different generations in the workplace at once.

Pinning down the generations can be a little pesky. There are inconsistencies in the names and years of each generation. More importantly, the generational boundaries are “fuzzy,” and somewhat arbitrary, as discussed in this article by Philip Bump in The Atlantic. Though the trends and events within each generation do exist, they don’t apply uniformly to everyone in a set of birth years. Individuals’ experiences vary. Some generational distinctions can be attributed simply to differences in life stages.

While these categories are not rigid, they are still useful for gathering general insights into employee work styles, motivations, and preferences. Each generation tends to view work differently. When talking about the spectrum of generational tendencies, trends, and characteristics, one must consider the events and circumstances that have shaped them.

For the most part, the Traditionalists have retired and left the workforce. Nevertheless, their influence is still felt because many of them created companies where their values and ways of doing things are still in place. The Traditionalists were heavily impacted by the World Wars, and their leadership style of was influenced by the military. As a result, they are very comfortable in a top-down management structure. They communicate on a “need to know” basis, and all information must go through the appropriate channels.

Impacted by the Great Depression, Traditionalists are a cautious generation with an aptitude for saving their earnings and protecting their wealth. Typically, their ultimate aim was to join a company and stay with the same company until they retired. Their fidelity to their employer is not unusual, considering their deep devotion to other institutions such as church, government, and marriage.

(See Margaret Jacoby’s post on How to Manage Your Small Business’ Traditionalist Workforce on Huffpost Business for additional insight on this generation.)

Baby Boomers are still the dominant generation at the C-level (for now). The period they grew up in was a bit different than their Traditionalist parents. Their trust in institutions weakened with events like Watergate and Vietnam. Some of their generation challenged the status quo at Woodstock and in the Civil Rights movement, which made them both optimistic and emboldened to speak out. Yet the Boomers’ main influence was through their sheer size; by most accounts there are 80 million of them.

Because of their numbers, the Boomer generation is very competitive. They’ve had to fight for everything, from spots on school sports teams, to scholarships to college and the corner office. At the same time, Boomers have experienced an unprecedented level of economic growth and prosperity in their lifetimes, enjoying greater affluence than other generations.

Boomers are proud of their experiences and hard work. They are more loyal to their career than their company, but, for the most part, staying with one company has been good for their careers. Not wanting to give a leg up to any peer or junior associate who might be eyeing their job, they tend to view information as power and do not always share information openly. While many Boomers are hitting retirement age, most have no intentions of retiring due to their hard work and perseverance in getting to the top (not to mention lousy 401ks).

The Loss of Loyalty

While Traditionalists and Baby Boomers have significant differences, they are similar in their willingness to stick it out with one company because of their loyalty to that company or career. That changes with the next two generations. (Read more about what killed loyalty here).

Generation Xers were raised amid the constant change of the 80’s and 90’s. They saw the advent of the personal computer, 24/7 cable television, mobile phones and MTV. They witnessed the rise of two-worker families, and mass layoffs of their parents. This impacted them greatly since many of their parents had sacrificed everything for their company or career. The divorce rate tripled during the formative years of this generation. Whether in a single parent or two-working-parent home, many Gen Xers became latchkey kids, often left alone in after-school programs or at home. These experiences created a group of fiercely independent, resilient and adaptable people.

Gen Xers have been dubbed “slackers” because they don’t have the same work ethic as their parents. They don’t want to work seventy hours a week onsite like the Boomers. The reality is, they don’t want to spend as much time away from their families as their parents often did. Many have become entrepreneurs to allow more flexibility in their schedules. Gen Xers popularized the phrase “work-life balance.”

When it comes to communicating, Gen Xers want it straight, no BS. They want to know:  “How does this impact me? What do I need to do?”  Gen Xers value their profession above their company or career. If another job offers a better opportunity to sharpen their skills, they will take it. They were also the first to start “job-hopping” — but they aren’t the last.

The traits of Gen Xers are shared with Millennials, but often in more exaggerated ways. This generation was marked by tragedy, and not in far off countries like their parents and grandparents, but at home.  The events of 9/11, Columbine and the Oklahoma City bombing rocked this generation. They tend to be drawn to friends and family because they understand life is fleeting.

Another major shaper of this generation was the self-esteem movement. As children, this generation was told by their teachers and parents they were special, and that they must express themselves. They were often brought into major family decisions and their opinion mattered. Thier parents operated much like consultants, giving them feedback on how to make the grade or shoot the basketball.  Because of this, Millennials are comfortable giving their opinion to supervisors, even the CEO.

Millennials hate the phrase “entry level.”  They are constantly connected to technology (after all, they were the first generation to have computers starting in kindergarten). Their comfort with technology gives them a piece of leverage that “entry level” workers never possessed in previous generations.

It’s been said Millennials are the most talented — and high maintenance — of any other previous generation.  They desire as much information as possible. They want to see how their work counts. They also want constant feedback from supervisors telling them how to get better, so they can advance.

This generation values a very relational atmosphere with co-workers and supervisors. They are extremely collaborative and do their best work with other peers and minimal supervisory input. Be aware that if they do not get what they want from a supervisor, or if they decide they would rather live in Oregon, they will quit. 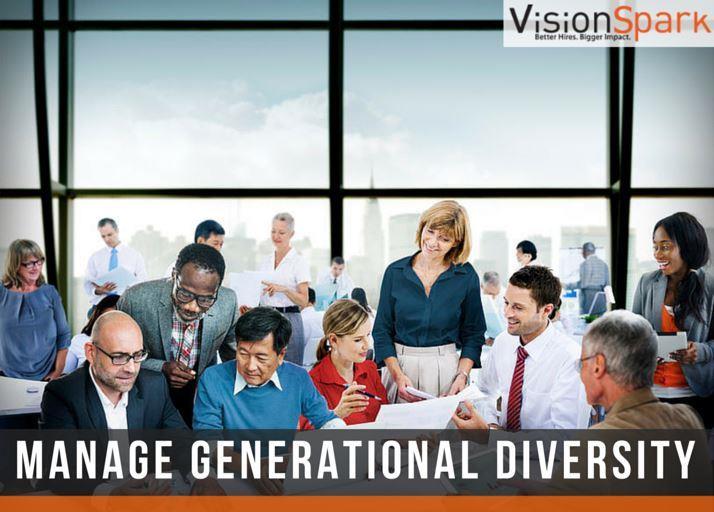 Where Work Fits in Generational Values

How to Manage a Multi-Generational Workforce

Now more than ever, companies must hire and develop highly talented managers. Gen Xers and Millennials will not put up with managers who do not challenge, inspire or care for them as previous generations might have done. They will simply leave. Companies can’t afford to have an ineffective manager in place who is costing them workers. To get a great manager, companies must invest in their selection process.

Companies must also look at their mix of generations in the office —  especially at the leadership level. Does one generation’s preferred method of communication dominate at the expense of others? Does that cause conflict or create roadblocks to getting other talented people in the door?

Although each generation and each individual may bring their own set of management challenges, the ability to harness the unique strengths of each is not only the mark of a good manager but also the path to workplace productivity and growth.

You may also want to read these related VisionSpark posts:

Read more about how to manage a multi-generational workforce on the web:

Editor’s note: This post was originally published in 2011 and has been significantly updated.