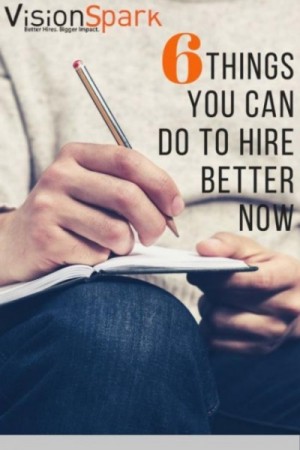 Here are six things you can start doing today to improve your hiring process and stop hiring the wrong people:

Before you start advertising for the position, define the role and responsibilities of the person you are hiring for. Talk to everyone who will be impacted by the new hire, including superiors and direct reports. Get their buy-in and get them invested in the new hire’s success. When you place your ad, you will have a more meaningful and accurate description that will better attract the right candidates for the job and for your company.

Despite your instincts, avoid rushing to hire. In a recent “must read” article on Wired.com, Google’s SVP of People Operations, Laszlo Bock, pulled the lid off a pervasive hiring problem. Specifically, he referenced research on how the first 10 seconds of an interview are all that matter because by then an opinion has been formed about the candidate (Pricket, Gada-Jain and Bernieri at the University of Toledo, 2000). The rest of the interview is then spent trying to confirm the interviewer’s judgment by asking worthless questions. And here’s the kicker: the initial impressions “are useless.” Period.

People tend to trust their gut, but our guts are wrong. We tend to like people who are like ourselves, though it’s irrelevant. Most of the superficial signals you get from someone in under 10 seconds have no bearing on their ability to do the job. So, no matter how anxious you are to fill your empty seat, take your time to hire right.

When you use random, ad hoc hiring practices, you get random results. Gain a competitive edge simply by using a hiring process to improve on the roughly 50/50 odds of mis-hiring (according to a University of Chicago study). Follow a process. Repeat it every time you hire. Learn how to make effective hiring part of your everyday operations through training and education (such as the event we are hosting here in Columbus on October 16th, 2015).

Include an assessment in your hiring process. In Bock’s Wired.com article, he wrote that combinations of assessment techniques are better than any single technique for predicting work performance (a relief, given that the 1998 research he cites by Frank Schmidt and John Hunter found that the best single predictor can explain just 29% of future job performance). At Google, they use a combination of behavioral and situational structured interviews together with assessments of cognitive ability, leadership, and conscientiousness. This provides a mix of factors which in combination is greater than the sum of its parts.

Use structured interviews. This is easier said than done, perhaps more so when your company is larger and many different people and departments are doing the hiring. People will want free reign to ask the questions they want to ask. It’s important to keep in mind, though, that unstructured interviews are quite poor as predictors of future job performance (explaining only 14% of future performance in the Schmidt and Hunter study). Using an unstructured interview format may also open you up to risk of discriminatory and/or subjective lines of questioning that are perceived as unfair by candidates. It is preferable to limit interviews to pre-defined, consistent questions with clear criteria. As Bock points out in Wired, generic questions can lead to brilliant answers. You can download our free interview guide here for some ideas.

Hold team interviews, preferably including the group who originally defined the new position in Step #1. Involving multiple parties reduces the likelihood of bias and cronyism. It also improves your ability to confirm whether the candidate will mesh well with your company culture. Just as importantly, it helps your team feel more invested in the new hire, making it more likely that the new hire will succeed. At Google, Bock says that team interviews include a disinterested party (from an unrelated department) and people who would be reporting to the new hire, not just those who they would be reporting to. Definitely worth considering. If you haven’t read Bock’s article in Wired.com, it is well worth the time.

If you are here in Columbus area, consider joining us for our upcoming training on October 16th. We’re going to show you how to hire effectively on your own ─ so you don’t have to be dependent on a third party every time you hire. 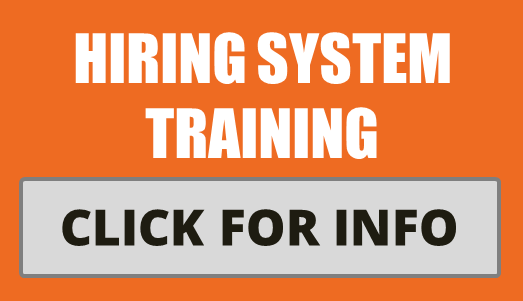 Read more about how to hire on our blog: